In this UFO footage one can clearly see that the Russian Space Station Mir’s camera films a UFO before it zooms out to film the Shuttle.

It seems highly unlikely that NASA and the Russian Federal Space Agency, Roscosmos, would decide to meet in Space close to a large piece of Space debris. Therefore, it’s more than probable that the filmed unknown object flew towards the Shuttle and Mir before it followed their path.

The unknown object seems to be self-luminous and oval or disk shaped.

This unknown NASA mission likely involves a docking between the Shuttle and Mir. 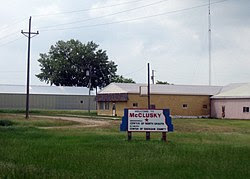