Quote from the article:
“Previously, in Part 1, Part 2, Part 3 and Part 4 of this series, I looked at the military’s OPREP–3 reporting system, and, in particular, its use in alerting top–echelon military commands of serious UFO incidents. In 1975, and again in 1978, the OPREP–3 system was used to convey urgent and current information regarding perceived UFO activity near sensitive military installations. In Part 5, Part 6 and Part 7 of this series, I moved away from the raw reporting of UFOs, and began to discuss the US government’s response, concern, evaluation and investigation of these well–documented, intrusive aerial events, which were to become known as the ‘1970’s over flights,’ or variations of that apt title. Through the release of hundreds of pages of records, via the utilisation of the Freedom of Information Act (FOIA), researchers could piece together a chronological narrative of UFO detection, reporting, response and investigation. It was the efforts of Robert Todd, Barry Greenwood, Lawrence Fawcett and Todd Zechel, and a few others, which saw government agencies, especially military commands, release such records.

In Part 8, I discussed both the North American Aerospace Defence Command (NORAD) and the old Aerospace Defence Command’s (ADCOM) role in, and response to, the ‘over flights,’ especially the events of October and November, 1975. Specifically, I laid out NORAD and ADCOM’s handling of FOI requests, which demonstrated clear inconsistencies, and possibly deceitful conduct. More importantly, I presented the comparatively few NORAD and ADCOM documents that were releasable, including so-called ‘Command Directors Logs’ and ‘Senior Command Directors Logs.’ I also laid out a handful of misleading statements made by NORAD regarding UFO’s generally. Finally, it should be known that I will be discussing NORAD and ADCOM’s involvement in the ‘over flights’ at greater length in my ongoing series titled ‘NORAD and the UFO Smokescreen.’ In this edition of my series, I will present more NORAD and ADCOM correspondence, including FOI action, plus further declassified records, all of which are critical in assessing how these two massive organisations dealt with the both the UFO events themselves, and the fallout that occurred later.

Briefly, NORAD was, and still is, a bi–national, United States–Canadian military organisation charged with aerospace warning and aerospace control over . Its mission includes aircraft detection and monitoring, airspace management and defensive air sovereignty. ADCOM, which was inactivated in 1986, was a major command (MAJCOM) of the USAF, and was tasked with tactically defending the just continental only. As I have outlined previously, during the 1970’s and 1980’s, NORAD’s air sovereignty responsibilities were divided into a number of geographical ‘NORAD Regions,’ often shortened to ‘NR.’ Likewise, ADCOM’s air defence mission was similarly divided into distinct ‘Air Divisions,’ frequently notated simply as ‘AD.’ ” 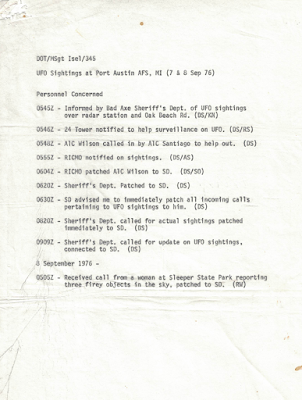 Quote from the INA web page (translated by Google Translate):
“In 1990, mobilized: an unidentified flying object was detected on the radar screens of two F16 aircraft of the Belgian Armed Forces. According to the deductions of Colonel DE BROUWER of the Belgian Air Force, the speed of movement of the craft, would not be bearable for human beings ...” 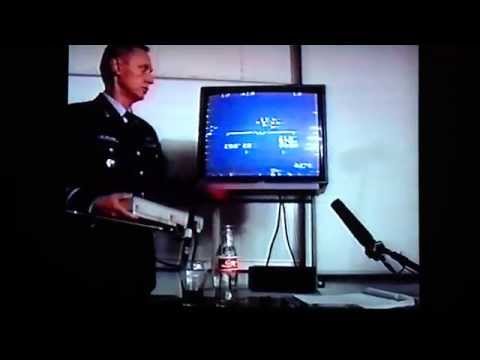