It was astronaut James A. McDivitt who first saw the cylindrical shaped UFO and managed to film and it.

The UFO footage can be found 11:52 minutes into the UFO documentary, “UFOs: It Has Begun”: 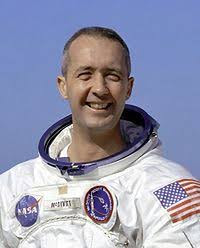