The whole article:
“An unidentified flying object, ‘neither an airplane nor a star,’ was sighted in Southwest Volusia Monday (2 February 1976) by several persons, including two sheriff’s deputies.

Two deputies on routine patrol near Taylor Road south of DeLand, heard the call. They pulled over and watched the object through field glasses for 20 minutes as it moved about the southern sky.

‘It was very strange,’ said Deputy Richard Samuels, who watched the UFO with his partner, Deputy L. R. Schneider. Samuels said there were two objects about treetop level and they seemed to change color, climb, come together, separate and finally stablize.

The object was reported to the control tower at Daytona Beach Regional Airport, according to the report, and the sheriff’s office was told it was ‘neither an airplane nor a star.’

The FHP sighting could not be confirmed and Bert Chambers, head of traffic control at the airport, said there was nothing in his logs about a UFO Monday.

A Deltona resident, Winifred C. Stavracos, who called in the original report, described the object as being 20 times as bright as a star and said it looked as if it were moving in a circle with a pulsating light.

Mrs. Stavracos said her daughter also witnessed the UFO and said she had seen another one less than a month ago.

A DeLand resident, Bill Dunn, reported Tuesday he had seen a ‘round light that came up from the ground, made a half circle and went back down again’ while on an early morning paper route two weeks ago south of DeLand.

‘It was odd,’ he said, ‘but I didn’t think much of it until I heard about this one in the same area.’

Samuels said he had kept a lookout for the UFO again Tuesday morning, but saw nothing and has heard no further reports concerning it.” 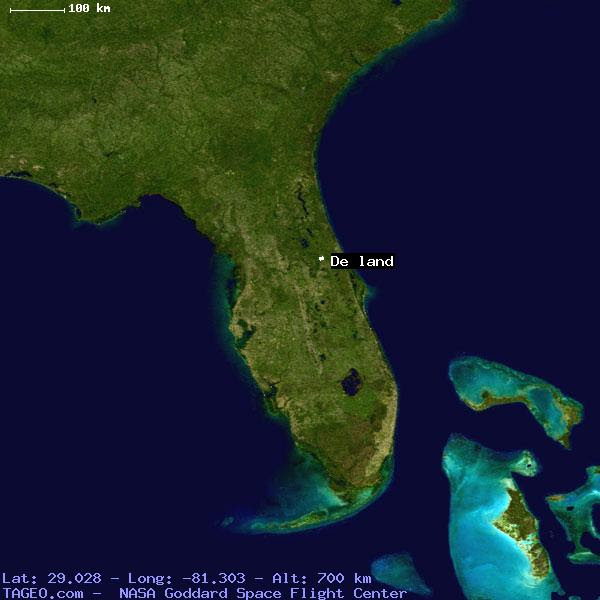