Unknown Object Caught on Video while Filming
the ‘Boy in the Balloon’, 16 October 2009 (CNN)

An alert CNN viewer managed to record footage of an unknown, oval shaped object, which flew far behind and above the balloon.

By enlarging the freeze-framed object one can see that it doesn’t resemble any airplane or helicopter.

The UFO seems to fly in a slightly ascending trajectory:

The Fox News video that can be found at the below link also shows the oval shaped UFO. The UFO can be seen at 1:08 minutes into the video:

The balloon took off from Fort Collins, Colorado.

This is a newspaper article regarding the famous Quentin Fogarty UFO report (with UFO footage) that was recorded on board an Argosy freight airplane on 30/31 December 1978. The incident took place near Kaikoura, New Zealand. 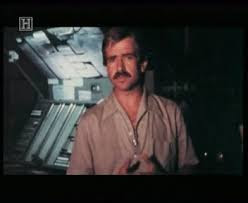 Quote from the newspaper article:
“We now have recorded sightings by six pilots on three aircraft over 10 days and a host of radar sightings,” said a Wellington air traffic controller, who identified himself as A. Causer. “There is obviously some strange phenomenon and it needs to be investigated.”

Many UFO sceptics/debunkers came forward with the theory that the self-luminous, unknown objects were fishing trawlers. But Wellington Air Traffic Control Centre controllers saw on the radar scope that the unknown objects flew at the same altitude as the airplane. And Fogarty said that the UFOs flew level with and above the airplane at times:

I posted a report about this UFO case on 31 July 2008 (includes two video links):