It was during the photographing of a solar eclipse, at an altitude of 17 000 metres that the UFO was caught on film.

The story about the UFO photograph can be found 11:13 minutes into the UFO documentary “UFOs: It Has Begun”: 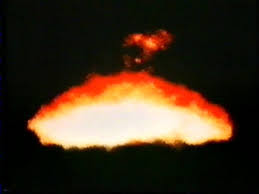