The author of the article is Captain Walter Karig, Special Deputy to Chief of Information, U.S. Navy.

This newspaper article discusses the UFO scene as of 1953.

Quote from the article: “Dan Kimball, then Secretary of the Navy, was convinced that “flying saucers” are not figments of the imagination after a UFO buzzed his airplane during a trans-Pacific flight.”

Among other things, the article discusses the UFO investigation work of the Air Technical Intelligence Center (ATIC) (U.S. Air Force), the 20 July 1952 Washington, D.C. UFO incident and some of the pre-1947 UFO sightings: 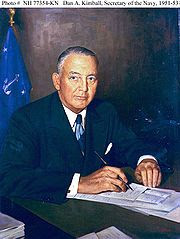 In the course of videotaping and international TV documentaries, reports and news reports – I have found (and vi