Several witnesses observed two airplanes, maybe jet fighters, that chased a UFO over the Corio, , area on Wednesday evening
(6 June 2018), according to the article.

The spherical shaped, unknown object was large, very low and gave off a white and blue light, witnesses said. 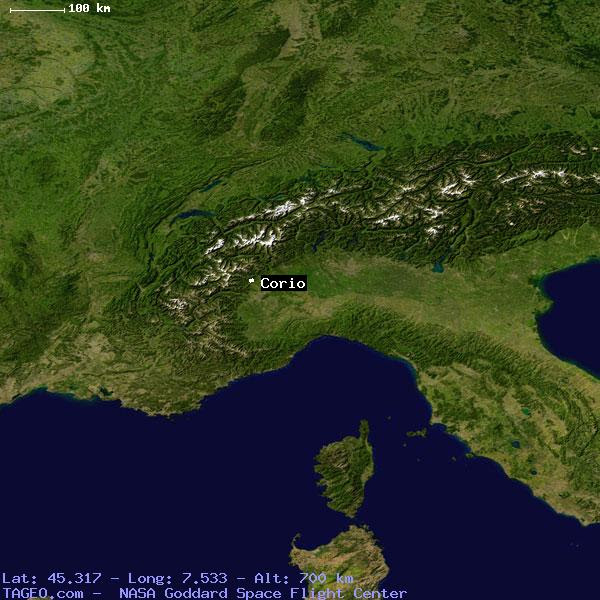 Several witnesses observed two jet fighters that chased a UFO over the Corio, , area on 6 June 2018, at a few minutes before 11:00 p.m., according to the article.

Adriano Brunetta, one of the witnesses, said that the unknown object looked like a huge, blue disk. Fulvia Giaccardi said she saw a sphere with a blue-white light.

When asked about the airplanes, the Italian Air Force denied that any of its jet fighters flew low over the Corio area on 6 June.

NICAP.org UFO case report (by Dan Wilson) (nicap.org):
“May 14, 1978; Pinecastle Electronic
At 10:00 and 10:10 p.m. local time, the Pinecastle Duty Officer at the U.S. Navy Pinecastle Electronic Warfare Range received two calls from unidentified civilians reporting a UFO with red, green and white lights. The control tower was notified and the watchstander observed stationary lights at an estimated altitude of in the area reported by the callers. Orders went out to activate the MSQ-102 Radar. After a 20 minute warm up the radar detected a unidentified blip ‘fluttering’ over the CD Tower. The tracking computer was put on the unidentified target which was showing very little movement. The target was observed for approximately one hour when it began to move at about 400-500 knots. The radar operator said he tried to ‘train’ the radar on the object but it accelerated rapidly, evading his efforts to lock and track it on the computer. When he caught up with the object, it reversed direction and started back toward Pinecastle. The radar operator finally locked on the object after it had practically stopped moving. Shortly after the target broke radar lock. Collins, the radar operator had been operating radar for most of his eight years of service. A total of eight Naval personnel visually observed red, green and white lights of the object from the control tower for over an hour.”

Quote from the Wikipedia article:
“Naval Air Station Cecil Field or NAS Cecil Field (IATA: NZC, ICAO: KNZC, FAA LID: NZC) was a United States Navy air base, located in . Prior to 1999, NAS Cecil Field was the largest military base in terms of acreage in the area.

Quote from the Wikipedia article:
“The United States Navy’s in the is the only place on the East Coast where the Navy can do live impact training. The Navy drops nearly 20,000 bombs a year at the site, a few hundred of which are live. The Pinecastle Bombing Range is a fenced 5,760 acres (23.3 km2) area, with the eastern edge of the range located about 2 miles () west of State Road 19 and the Camp Ocala campgrounds, and one-half mile () west of the Farles Lake campground. F/A-18 Hornet jet fighters and other aircraft take off from Naval Air Station Jacksonville or from aircraft carriers off the coast, fly low over the forest, and drop their bombs in the middle 450 acres (1.8 km2) of the range. P-3 Orion and P-8 Poseidon aircraft will also use an instrumented range in the southeast quadrant of to conduct aerial mining training utilizing inert 500lb mines. All air-to-ground exercises using conventional ordnance up to and including 500 pounds () MK 82 bombs and five-inch () Zuni rockets are authorized. Napalm and High Explosive Incendiary (HEI) are prohibited. Live ordnance is restricted to the Live Ordnance Impact Area; inert ordnance is used on all other targets. Pinecastle targets have also been certified for laser operations. The Navy has used the area for target practice for 50 years under a special use permit from the U.S. Forest Service.” 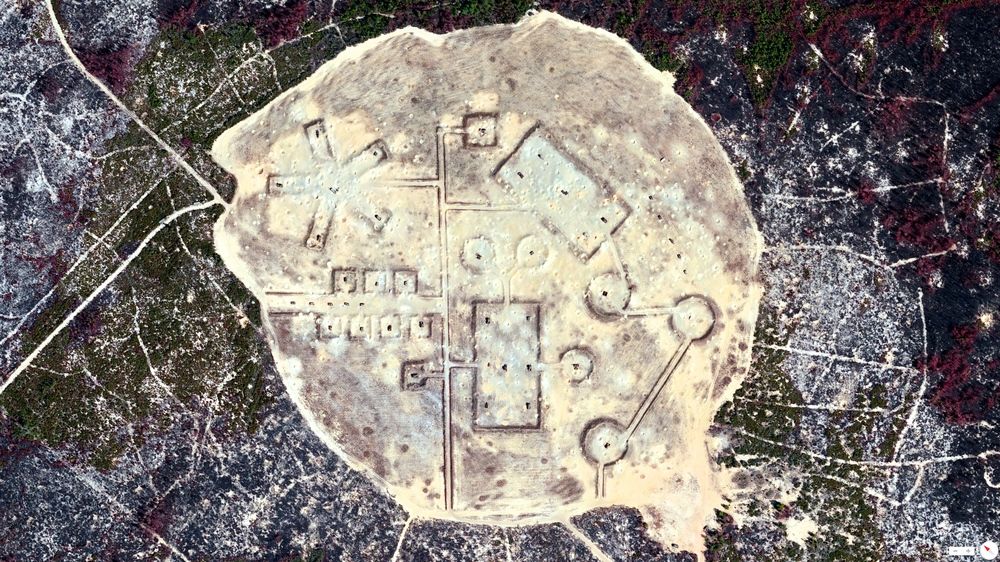 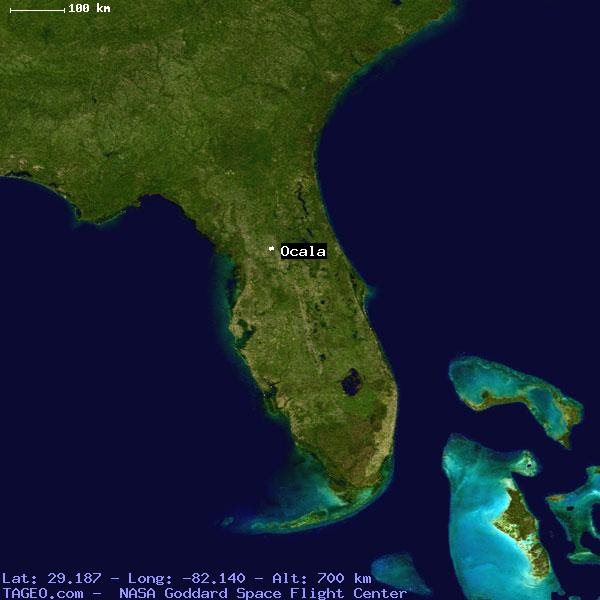 The whole article (translation by Google Translate):
“The 3rd International Meeting of Exobiology took place in with the participation of Colonel Arturo Cattel

Saturday, September 26th, the 3rd international meeting of Exobiology took place in the historic headquarters of Palazzo Cusani in , where there was talk of OVNI (unidentified flying objects) which was attended by Colonel Arturo Cattel, Head of Department Security Office General Safety of the Air Force General Staff.

The meeting, which saw the participation of various experts on the subject, was organized and directed by the expert journalist of exobiology Sabrina Pieragostini.

In his opening, Colonel Cattel clarified to the audience the support provided by the Air Force in the matter of UFOs, through the recording of all the reports received by citizens through Carabinieri (military police) stations present on the national territory, in order to to correlate the information received to known events. These reports are collected in an archive that the Air Force has declassified to give the opportunity to anyone interested to be able to view the documents contained therein.

Colonel Cattel has also specified that the Air Force has among its main tasks to defend the Italian airspace, ensuring the operational effectiveness and the use of the air forces in the framework of the national and international security system. This takes place for 24 hours a day, seven days a week, to give security to the citizen and safeguard the integrity of the state. Colonel Cattel has also declared that the Armed Force makes available its documentary material to the agencies and authorities that operate in the scientific technical field for any studies and in-depth analysis.” 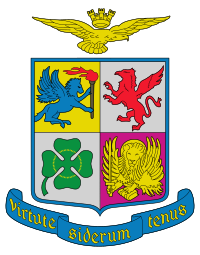 Coat of Arms of the Italian Air Force

Quote from the letter:
“Dear Congressman

An increasing number of Senators and Congressmen, writing to NICAP members, agree that UFO’s (Unidentified Flying Objects) are an important and unsolved problem. (Examples in the enclosed report.)

The committee (National Investigations Committee on Aerial Phenomena (NICAP)) earnestly requests your support in reducing the potential dangers of the UFO situation.” 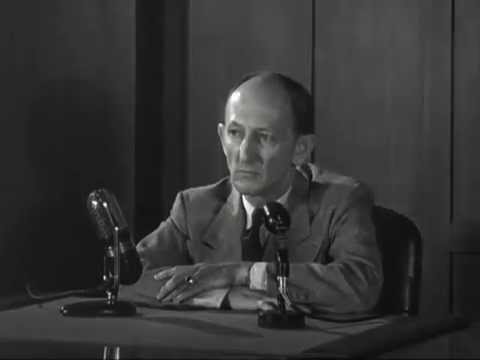 UFO Article:
“HISTORY STORIES: When a U.S. Fighter
Pilot Got into a Dogfight with a UFO” 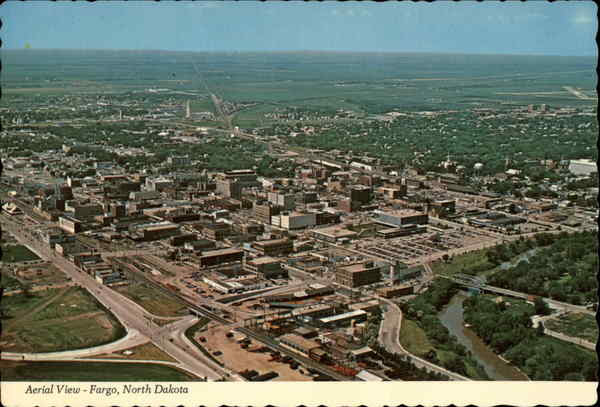 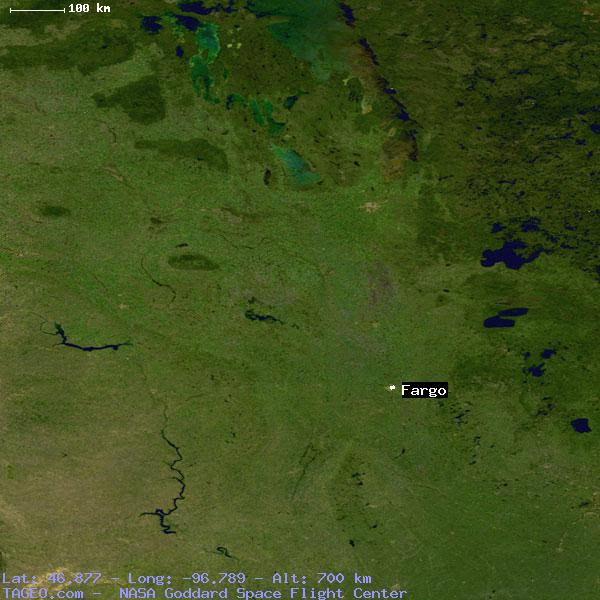 DBarkerTV2010 is run by the documentary filmmaker and UFO researcher Darryl Barker.


Video text:
“In Part One of Darryl Barker’s 2017 interview with Dr. Mark Rodeghier of CUFOS, Dr. Rodeghier details how he came to be involved with the field of UFO study, Dr. J, Allen Hynek, and the Center for UFO Studies.”

Video text:
“In Part Two of this 2017 interview, Dr. Mark Rodeghier explains the CUFOS mission and how CUFOS was established to offer both a place for witnesses to report UFO sightings, as well as a scientific approach to understanding the phenomenon via data collection and research.”

Video text:
“Part 3 of this 9 part interview with Dr. Mark Rodeghier explores how the UFO experience has evolved from the 1940’s to the present, framing the phenomenon as a sociological issue for the government and the public.”

Video text:
“Part Four of this 2017 interview asks Dr. Rodeghier about his favorite UFO cases, which could account for indisputable encounters with a superior technology and unknown intelligence.”

Video text:
“In Part Five of this 2017 interview, Dr. Rodeghier retells his personal investigation of a UFO report near Chicago O’Hare airport in the early 1980’s, where police sight a strange object far in advance of current drone technology.”

Video text:
“In Part 7, Dr. Rodeghier addresses the January 5, 2000 UFO sighting over Southern Illinois near , where several police officers identified a triangular UFO. This case has been featured in several documentaries, including Darryl Barker’s ‘The Edge of Reality: Illinois UFO, January 5, .”

Video text:
“In Part 8 of this 9 part interview, Dr. Rodeghier explains how the core UFO experience for witnesses has changed over the years, from the early reports in the 1940’s to the present.”

Video text:
“In Part 9 and the final segment of this 2017 interview, Dr. Mark Rodeghier of CUFOS, explains the sociological and organizational factors that impacted the civilian (and scientific community) ufology field and sums up the need for support for this civilian endeavor, in an effort to better understand the potential effects of a higher intelligence in our world.”

Quote from the UFO report (the introduction):
“This is a 35-page chronology of UFO incidents and events for major, world-wide sighting wave. Our thanks for these chronologies must go to our documentation team: Richard Hall (the original 1973 chronology from UFOE II), William Wise (Project Blue Book Archive), Dan Wilson (archive researcher), Brad Sparks (Comprehensive Catalog of Project Blue Book Unknowns), and Jean Waskiewicz (online NICAP DBase [NSID]), and Michael Swords.

In January of 1973 I was transferred from , to , , and set up the to log UFO reports in the for the MADAR (UFO detection) Project. The states included in the study were: , , , , and . Therefore this chronos is probably more comprehensive for those states. Most of the NL (nocturnal light) cases that I logged from the calls were not used in this chronos, so what you see are the more notable cases. Here is a sample of one of the message slips hastily completed regarding a sighting that COULD have been of value had it been investigated, but I was unable to get enough information.

As evidence for the nuclear connection continued to mount, world-shaking events were taking place which led to the Arab/Israeli War, fought from October 6 to October 26. The war had far-reaching implications for many nations.

The 1973 sighting wave was concentrated in the last half of the year, and featured the largest number of humanoid occupant sightings in many years. Several abductions were reported during this period (see Section XIII, UFOE II). The sightings peaked in mid to late October, with October 17 representing perhaps one of the most extraordinary single days for ‘high-strangeness’ cases in UFO history (see Section XII). Dr. Richard Haines provided this Table 1, 116,   Table 1, 117  of aircraft incidents in 1979 (Ref. 8).

Note: In regard to Humanoid Reports, there doesn’t appear to be any cases as solid as a military radar-visual triangulation case, nor any military multiple-witness incidents, nor any humanoid cases involving radar-visual tracking, or where any astronomers or PhD scientists have seen humanoids and UFO’s? It is important for us to list them, however, but only those incidents where UFOs were observed at the time or supporting evidence warrants.

The article reports on the UFO activity (and a UFO/cattle mutilation incident) that took place in (with a special focus on the incidents) in October 1973.

The CityBeat.com also mentions the UFO research work of the late Kenny Young. 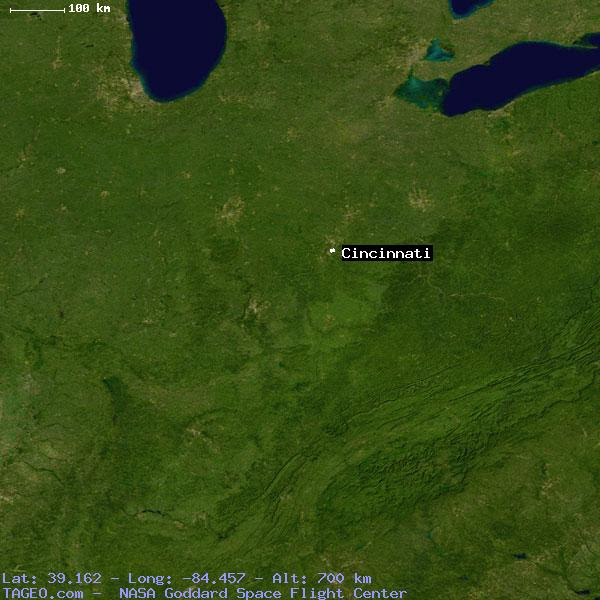 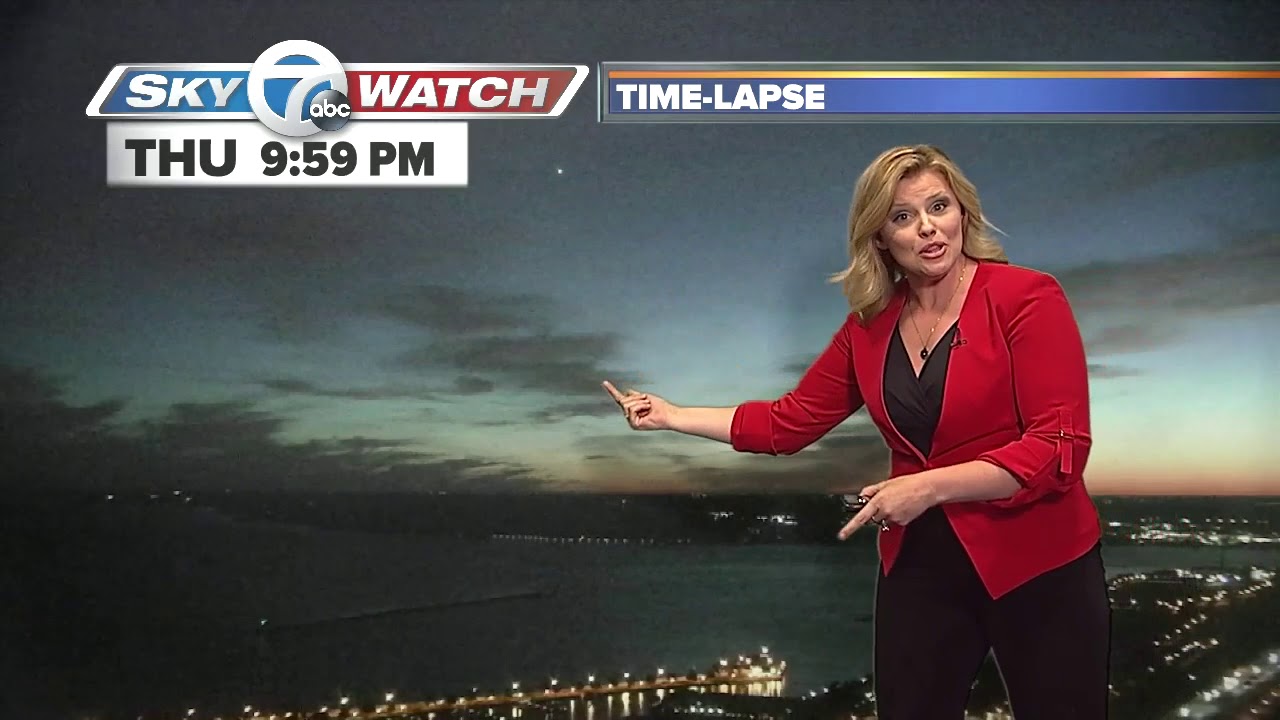 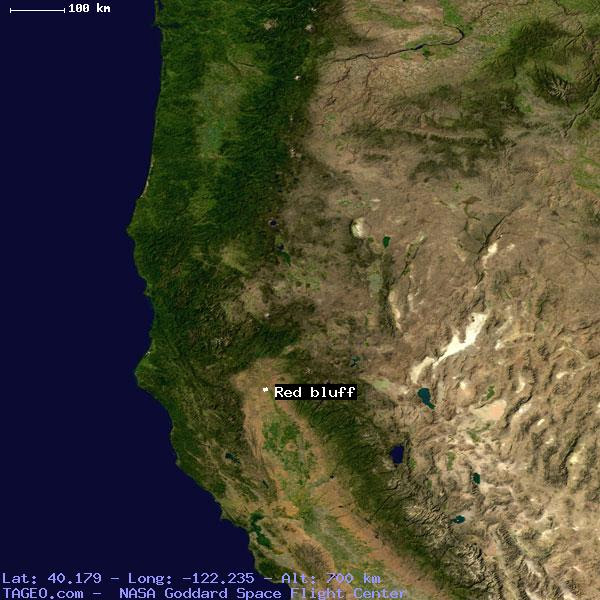 Aug. 13, 1960. Red Bluff, CA: Highway Patrol Officers Charles A. Carson and Stanley Scott were on patrol when they sighted what they thought was an airliner about to crash. When the UFO had descended to about 100 or altitude it suddenly reversed direction and climbed to . Description: round or oblong surrounded by a glow (color not mentioned) and having definite red lights at each end. They continued to watch the UFO as it performed ‘unbelievable’ aerial feats. The local RADAR operator confirmed the UFO at this time but denied it the next day. Other Tehema County Sheriffs’ officers also saw this UFO and  another similar one that same night. (NICAP, 1964)”

The directory contains an excerpt from Dr. James E. McDonald’s lecture, “Greatest Scientific Problem of Our Time?” The lecture was held to the American Society of Newspaper Editors (Washington, D.C., 22 April 1967).

Dr. Hal Puthoff, Institute for Advanced Studies at ,
addressed the Society for Scientific Exploration in ,
, on 8 June 2018.

Dr. Puthoff is the co-founder and Vice President of Science and Technology of TTSA.