Quote from the article:
“Unidentified flying objects were reported as having landed in the Stone Front area near Sheldon last Friday night (30 June 1967).

Mrs. Marie Bair and her mother, Mrs. John Chapman, who live east and north of Sheldon made the report. They said they had not made the report earlier for fear that no one would believe them.

Mrs. Blair was getting ready to retire when the calves and goats started making an uproar, causing her to look out. She saw two lights in the air, and two objects landed while she watched.

She called her mother and they both watched, while on the ground a light continued to circle, getting very dim and then brighter. It appeared that the objects were dome shaped.

As they continued to watch they saw two of the objects rise and head north and two go southwest. Apparently two had landed before the women had begun their watch.

Saturday morning the women went down to examine the area and found the grass had been mashed down as if a car had been driven round and round in circles at each landing spot.

No explanation has been given for the sighting on Friday evening however.” 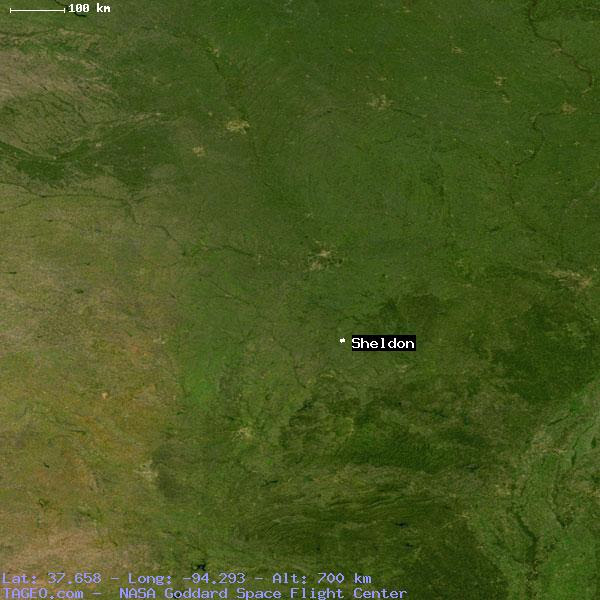