Quote from the article, “The Science of UFOs”
(realtvufos.blogspot.com):
“March 24, 1967 - Flight Security Controller, Oscar Flight, near Roy, Montana to Lt. Robert Salas, Deputy Missile Crew Commander – ‘Sir, we are seeing some strange lights flying over the LCF. They are traveling very fast across the sky, stopping on a dime and reversing course, making ninety-degree turns, and making no engine noise. I don’t think they are aircraft.’

This was the report I remember receiving from my topside guard over fifty-one years ago. Anyone who has ever flown a high-speed aircraft or has familiarity aircraft of any type would find this report incredible. However, very similar observations have now been reported many times by credible witnesses. We need to move on from being awed by the ‘lights in the sky’ reflex. It may be time to try and attempt a scientific explanation of the observable flight characteristics of UFOs.”

The radio show is hosted by journalist and UFO researcher Giuliano Marinkovic. 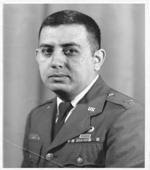