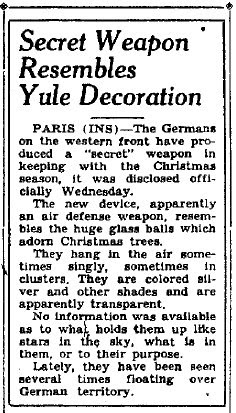 International News Service article (from the

Quote from the article:
“This is provided only for it’s historical content only and not as an opinion or explanation of these events.”

Quote from the Wikipedia article:
“The 444th Air Expeditionary Wing is a provisional unit of the United States Air Force assigned to Air Combat Command to activate or inactivate as needed. It was last activated in 2003.

During World War II, the 444th Bombardment Group was a United States Army Air Forces combat organization. The group was the first Boeing B-29 Superfortress Group formed for the 58th Bombardment Wing, and served in the China Burma India Theater and Pacific Ocean Theater as part of the Twentieth Air Force. The group’s aircraft engaged in very heavy bombardment operations against Japan. The group received the Distinguished Unit Citation for its combat operations on three occasions.”

Project P.R.O.V.E. was run by the late Jeff Challender.