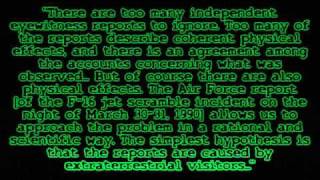 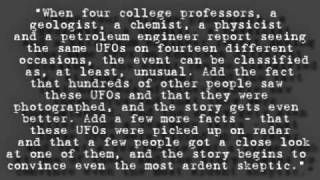 This is a possible USO incident that occurred 250 to north west of :

The whole article:
“I just want to give my two cents about what I know about UFO’s.

I am a retired Machinist Repairman First Class U.S. Navy. I never really believed in UFO’s to much until December 1995 when I saw one from the ship I was on, the USS Comte De Grasse DD- route to , from . The sighting occurred about 250 to Northwest of Puerto Rico in the .

I was standing the mid watch sounding security watch and always went to the fantail on my rounds to talk to the seaman who stood watch there. It was around midnight and we were just talking, looking up at the stars when this UFO just lite up in the sky about high and a quarter a mile away aft of the ship so the bridge could not see it. It did not come from anywhere that we could see.

We don’t know if it came out of the ocean or what but all we saw was it just turned on it lights and was just sitting there. It did not make one sound and it had a few different color lights on it, red, blue and white I believe. I said to the seaman on watch, ‘do you see what I see’ and he said yes so I told him to call up to the bridge and see if they can see anything on their radar.

They replied that nothing was showing up on the screen and as soon as they told us that, this UFO took off like nothing I have ever seen. It looked like it traveled a in just a split second in a zig zag motion not making any noise or even a sight of smoke. We looked at each other and said ‘I didn’t see anything if you didn’t.’ There was only two of us that saw it because it didn’t lite up until our ship was forward of them.

I think the and other countries are wasting their time trying to use radar to find them because from my experience the UFO’s are made of material that doesn’t show up on our radar. No wonder they can’t locate them. I am sure someone has figured that out by now. Just wanted to share my story.”


Quote from the blog (Google Translate):
“About this blog

The mission of this blog is to gather news on sightings of Unidentified Flying Objects in the world and especially in . The opinions expressed by other researchers in different notes are not necessarily those of the editor of the blog, but are present to respect the plurality of ideas. It is allowed to be reproduced, by any means material published on this website cited whenever their origin. The names of the media texts and photographs published in the press clippings are the property and responsibility of their respective publications and are presented here only as citations printed in JPG format. The texts have not been editing, modifying or cuts being taken from their public websites.” 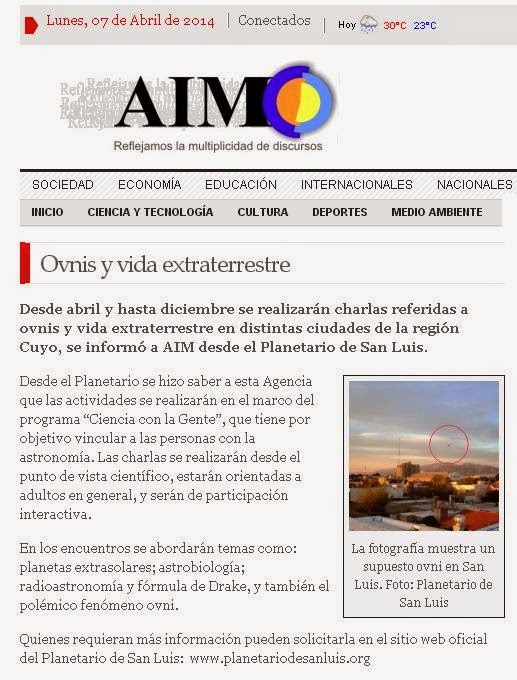