In this article, the Herald-Tribune revealed that the Soviet Union had created a UFO commission to investigate UFO sightings.

Dr. Edward Uhler Condon was Head of the University of Colorado UFO Project, or the Condon Committee as it was informally called.

Quote from the article:
“One member of the Soviet commission said he believes ‘UFOs ahould be studied carefully’ and ‘approached scientifically’.” 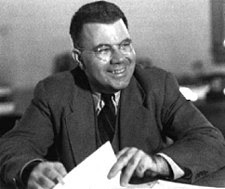