The interview was conducted by Thomas Tulien and Brad Sparks:

Chop was initially very skeptical of UFOs, but he later changed his view on the UFO issue. 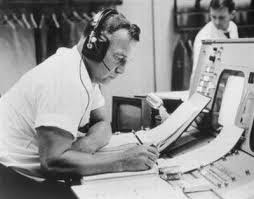 The Furman family who also resides in Eupen has allegedly sighted more than 30 UFOs since November 1989.

And the RTL TV crew managed to film one of the UFOs on 7 December 1989. This UFO footage was corroborated by the Belgian Air Force’s Control and Reporting Centre (CRC) in Glons. The CRC radar registered an unknown object in the same area where RTL filmed the UFO. Colonel Billen, Belgian Air Force said the unknown object was neither an aircraft nor a blimp.

Freeze-frame from a video of one of the triangular shaped UFOs which were seen over Belgium during the 1989-1990 UFO wave
(Rai/google.com image) This Sightings episode was broadcasted in the U.S. on 12 February 1993.

In short, the Carp, Ontario UFO video is a hoax. The ‘UFO’ video was exposed by MUFON Ontario (Canada).