The whole UFO case report:
“Night. Two groups of policemen about a half-mile apart, while in radio communication, saw a glowing orange-yellow, cylindrical object rise from near the ground about one-quarter of a mile away from one of the groups. The object ascended from a pecan grove between the two groups. One group of police saw the object between them and a higher elevation tree-line about a mile away. The object rose and sped out of sight. Its shape was compared to an old-fashioned water-tower tank. (McDonald letter, 12/1/68, Donald E. Keyhoe Archives files.)” 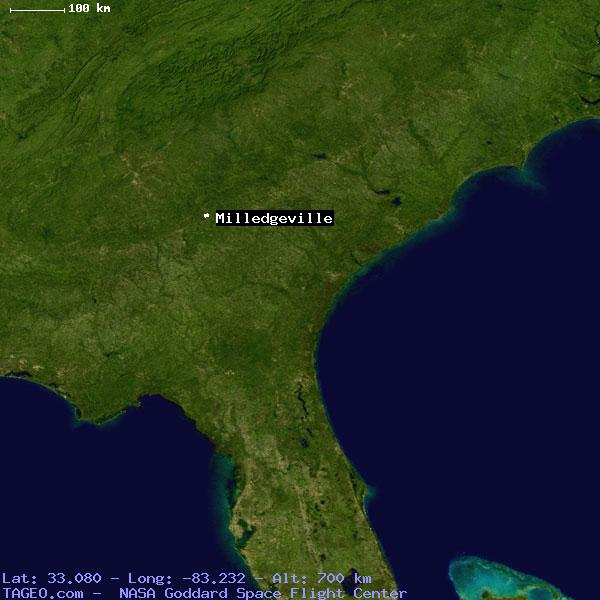 The whole article:
“Police reported a rash of unidentified flying object reports early Sunday [22 October 1967], including a dark blue ball that a police officer said chased him and then hovered over this small central Georgia town [Newnan, Georgia] until daybreak.

The sightings were the latest in a series of UFO reports that began early Friday [20 October 1967] in and spread into central portions of the state Sunday [22 October 1967].

Highway patrolman Jerry Goldin at the Mountaintop Manchester state patrol station said he was the first to spot Sunday’s UFO’s, one ice blue and about a mile high and the other one a yellow rectangle-shaped object with a red side about above the trees.

Before the night was over, highway patrolmen and policemen from 11 different towns had seen similar objects. Reports came from such scattered middle locations as Milledgeville, , Newnan, Talbotton, and .

Newnan patrolman Dale Spradlin said he chased a ball of light about eight inches in diameter for about eight miles down a road just outside Newnan.

‘It was a good distance in front of us, pulling away, so we turned around to come back to town,’ said Spradlin who was on patrol with officer Gerald Mascon. The object was travelling above tree-top level.

‘The object turned on us and followed,’ he said. ‘It was gaining on us and was going about per hour.

After the object caught up with him, it pulled into the sky, emitting a beam of bluish light that illuminated the roadway, the officer said.

A spokesman for Warner Robins Air Force [Base] said he had heard the reports of the objects but that nothing was seen on the base radar.

The Weather Bureau at said it had released four weather balloons Saturday night and Sunday morning, but a spokesman said it was unlikely they were the cause of the reports.” 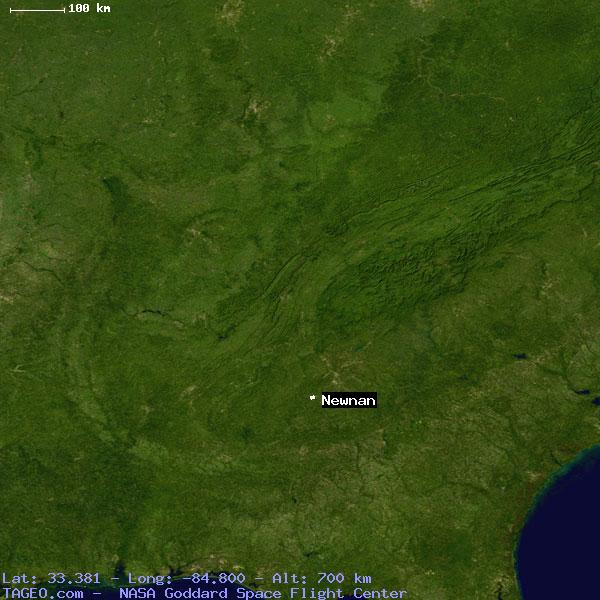 
The whole article:
“FIVE OFFICERS OF the Johnson City Police Department reported sighting an unidentified flying object about midnight Monday
[15 October 1973] as they changed shifts. The officers said they saw the object as they entered a city parking lot at the Municipal Safety building to occupy their assigned cars. A report filed by the officers said the object was silent and had red and white flashing lights and appeared to be about 4,000 to in altitude.” 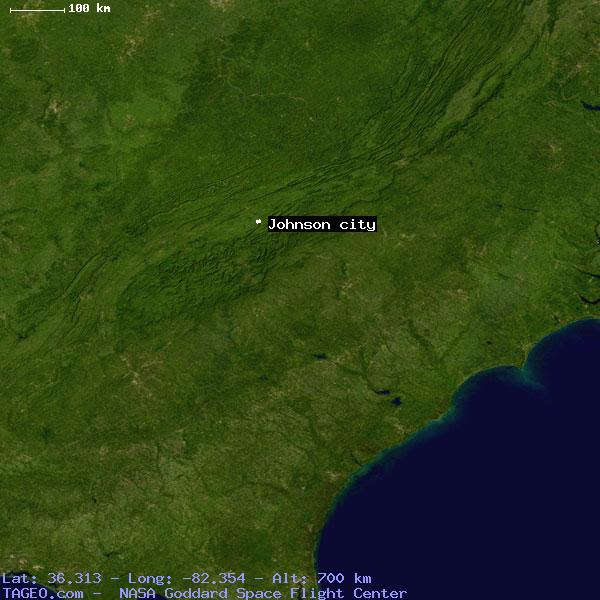