Quote from the article:
“The late astronaut Donald “Deke” Slayton had a close daylight encounter with a disc-shaped UFO in 1951 while flying an Air Force fighter plane  (F-51 Mustang) out of a base in Minneapolis-St. Paul at speeds close to .

The ground crew, Slayton wrote, tracked the object with an instrument and ‘computed the speed at an hour.’ ”


Slayton recounted the UFO incident in a letter to Dr. J. Allen Hynek. The Milwaukee Sentinel presents a partial text of the letter.


The UFO incident occurred on 12 December 1951, according to NICAP.org. 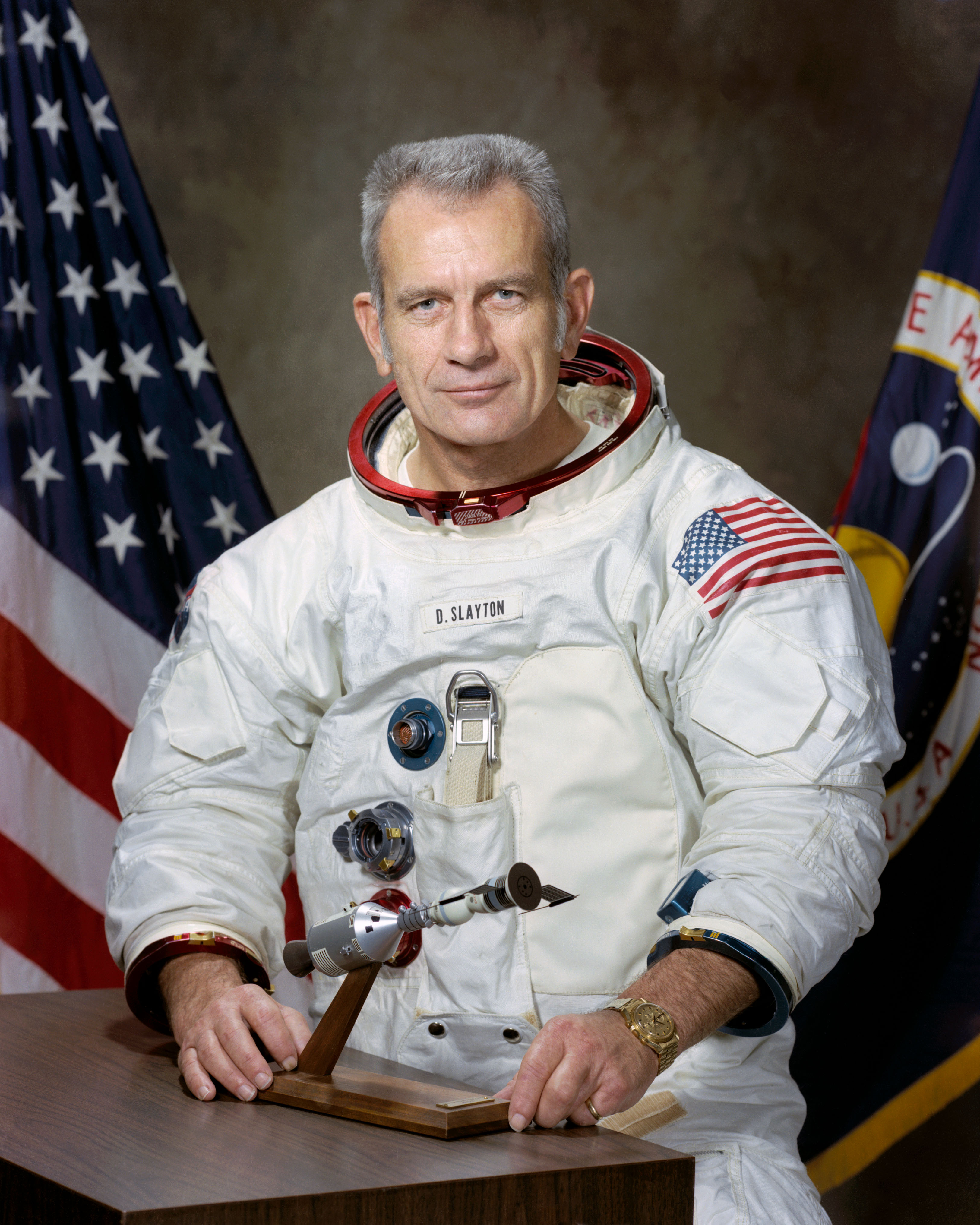