This UFO footage comes from a Pro TV, Romania report about horse handling. This is a very interesting UFO video, which shows a UFO that hover above a group of farmers, who are trying to get a horse to obey orders.

Here is another UFO (or maybe it's the same UFO as seen in the CBS footage) found on CNN! This UFO seemingly looks like a classic flying saucer. The UFO is seen above the WTC 27 seconds into the video:

A UFO is filmed near the WTC by the CBS then the broadcast switches back to the news presenters!

Video text (by YouTube video source, nanoprobe73): "UFO! I was always suspicious why they broke away so quick."

Another striking thing about this phenomenon (9/11 and UFOs), is the fact that many of these videos (from TV news reports) have been removed from the Web. I noticed this because I have been registering these videos for years:

UFO in Footage from the Iraq War, 17 September 2006, Daytime

Here is a UFO found in a TVP 2 (Poland) news report about the bomb attacks in Kirkuk, Iraq on 17 September 2006. The UFO can be seen after 38 seconds:

Here is another UFO found in a TV broadcast (The Learning Channel). A reader of the now defunct UFO Magazine, UK, was the one who discovered the UFO in this documentary:

What makes this UFO footage so exciting is the fact that the UFO seems to follow a B-2 Spirit stealth bomber, which has just taken off from the Nellis Air Force Base runway during the Nellis AFB Air and Space Expo (year unknown)! One can clearly see that the UFO reflects the sunlight. 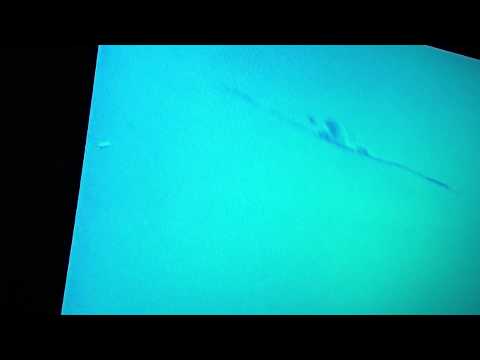 When watching the recording of this documentary, I discovered a UFO sphere which flew right above the canopy of an F-22A Raptor in flight. In the footage, the small sphere flies along with the fighter jet for a few seconds, then it moves straight up, stops for a fraction of a second and then continues straight up. The footage seems to have been recorded in the south-western US, judging by the landscape.

This footage looks similar to the footage of the UFO, which seemingly checks out a Concorde airplane during a test flight over the UK.

NB The videos below are only placed here to show how the UFO in the Discovery Channel documentary manoeuvred.

THE CONCORDE VIDEO IS NOT FOOTAGE FROM A TV BROADCAST!

A UFO follows a Concorde airplane during a test flight over England, UK:

This footage would seemingly be easy to corroborate, either by others who have the documentary or by purchasing it directly from the Discovery Channel. Again - the best thing about these real TV UFOs is the fact that a hoax can be ruled out with a 100% certainty!
Lagt inn av Blogger kl. 16:13

This incredible UFO video should definitely be analysed by the best video analysts in the world.

If anyone should think that UFOs are a figment of human imagination, you should check out this video: 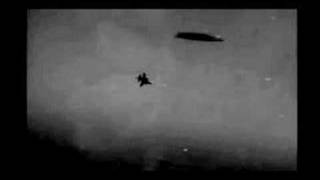 This TV UFO footage is rather stirring, considering the circumstances! This is a UFO video of a sphere flying above the Queensboro Bridge in New York City on Thursday, 14 August 2003. The UFO was captured on the Fox News show, "The Big Story," hosted by John Gibson. If anyone else has this footage - the UFO appears as live helicopter footage is broadcast from above the Queensboro Bridge. The UFO sphere flies to the right, takes a perfect U-turn and flies over the bridge, which is packed with walking people! This is a daytime video, therefore it is easy to see that it is a spherical object. The fact that UFOs were seen in Ohio a short time before the blackout - make you think twice about the blackout: 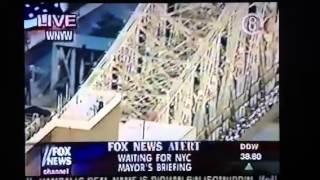 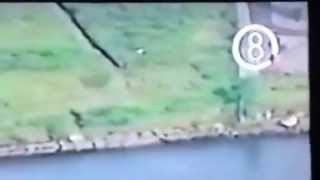 Comment by the video source: "This UFO video was found on the Internet. I think this was filmed in Utah, USA. Also note all the chemtrails in the sky. It was broadcast on the Travel Channel sometime in 2005."

In the course of video taping TV documentaries, reports and news reports – I have found (and video copied) a large number of anomalous flying objects in the footage of these broadcasts. This UFO blogspot will also include real TV UFO videos found on the Web. In future posts I will describe each real TV UFO sighting. The video link will also be posted if it's available. It's impossible that these videos are UFO hoaxes. Each real TV UFO footage video can be corroborated by the corresponding TV channel footage!

In addition, I will also present any real UFO evidence recorded or obtained by a media company or government source from around the world.