Quote from the above Wikipedia article:
“The Condon Committee was the informal name of the of , a group funded by the United States Air Force from 1966 to 1968 at the to study unidentified flying objects under the direction of physicist Edward Condon. The result of its work, formally titled Scientific Study of Unidentified Flying Objects, and known as the Condon Report, appeared in 1968.” 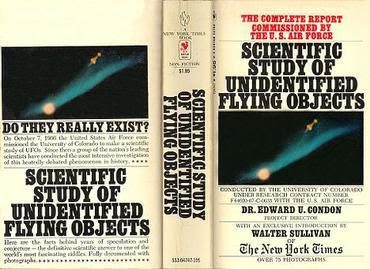