The Väddö (Swedish island in the Baltic Sea) UFO incident
(Stig Ekberg and Harry Sjöberg were the witnesses) occurred
on 9 November 1958:

The UFO incident: The engine in Stig Ekberg’s car started to cough, then stopped. It was Harry Sjöberg who first sighted the UFO. The object manoeuvred for a while before ‘landing’ on the road,  in front of the car. The unknown object (length , height 20 or ) hovered over the road. The self-luminous UFO (looked like fire underneath the object, lit up its surroundings) looked like a flattened-out ball. After hovering over the road for 10 minutes, the UFO left at high speed. While they checked the ‘landing’ site, Sjöberg found a piece of heavy metal. Afterwards the car engine started running as if nothing had happened.

Quote from the article:
“NO EXPLANATION TO THE PIECE OF METAL
After this event Stig (Ekberg) and Harry (Sjöberg) passed the place several times and they came to talk about their strange experience. ‘We told our friends about it, but they thought we were joking,’ Stig says. Almost a year passed before Stig and Harry once again took interest in the piece of metal. It was because they met a young man who was a metallurgist. However, he could not tell what kind of material it was, but referred to a metal laboratory on Drottninggatan in Stockholm. There Stig and Harry would get to know what kind of strange piece of metal it was. But they failed the task and referred to another lab in Regeringsgatan. No success there either, so Stig and Harry were once more referred to another place. This time to a laboratory for metal analysis in Helsingborg. There too the results were small, but they had managed to split the piece of metal into three parts. According to information this should have been accomplished by ultrasound.

After this the circus really began. The piece of metal went from one excamination to another. Before the investigators got the pieces of metal, they were sure they would solve the riddle. But as said before, everyone failed.

CONTINUED EXAMINATIONS
Rumour now began to spread about their pieces of metal and their experience. Stig came in contact with engineer Schalin in Linköping, to whom he sent one of the pieces. The result from the examinations amazed Schalin completely. The piece of metal has the hardness of sapphire and the specific weight of 15.2. Sharp diamond discs just slides over its surface and it can take several thousand degrees heat without getting the slightest red-hot. This lead to the opinion that the piece was unique and Schalin asked for an appointment with Stig. At this meeting Schalin was accompanied by an american air force major who wanted one of the three pieces for further examinations in USA. This was granted by Stig, who still has not heard anything from this air force major or anything about the destiny of the piece of metal. One of the three pieces is lost to the US air force. The two remaining pieces kept on puzzling its neighbourhood for several years. In the early 70’s one of the remaining pieces finally arrived at Berkeley University in California, insured for 50,000 sw. crowns. All this due to the american magazine the National Enquirer, which had set a reward for anyone who could present a real evidence for the existence of ‘flying saucers.’ At the Berkeley University the examinations were made under guidance of prof. James Harder. It took the scientists more than three years and thousands of dollars were spent on the examinations. One could now establish the fact that the piece of metal consisted of tungsten carbide, cobalt and few traces of titanium. But the hardness and composition puzzles the investigators.

Further more they could establish the fact that it was manufactured, it was sintered under enormous pressure. But by whom and in what way, couldn’t be explained. ‘We doubted if machines for such pressure existed except within diamond manufacturing,’ prof. Harder said in his statement. As time went on the piece of metal returned to Sweden through among others the State Department.

STRANGE BURGLARIES
‘When the event became public and was written about in papers, a lot of strange things happened to me,’ Stig finally tells. An unknown person phoned and offered 50,000 sw. crowns for the piece of metal and should come and collect it within half an hour. Someone broke into Stig’s car and looked through the compartment. This ‘someone’ appeared after police investigations to be an american student in Uppsala. When he was to be questioned, it was found that he had returned to USA very fast. Thereafter someone broke into the boatyard where Stig worked. Even his home was hit, as well as the homes of his close neighbours. ‘It even occured that letters or parcels I sent by mail were opened and searched or never reached the address,’ Stig adds. One can ask himself why these mysterious burglaries and searchings took place. Just souvenier hunters or maybe people with other interests? No doubt the piece of metal was what they searched for. Anyway, the enigma of the Väddö case and its pieces of metal is still not solved. This most interesting UFO event that took place more than 20 years ago still puzzles and activates ufologists both nationally and worldwide. The final word has not been added to Stig’s and Harry’s widely discussed experience and there is all reason in the world to get back to the unique Väddö case.” 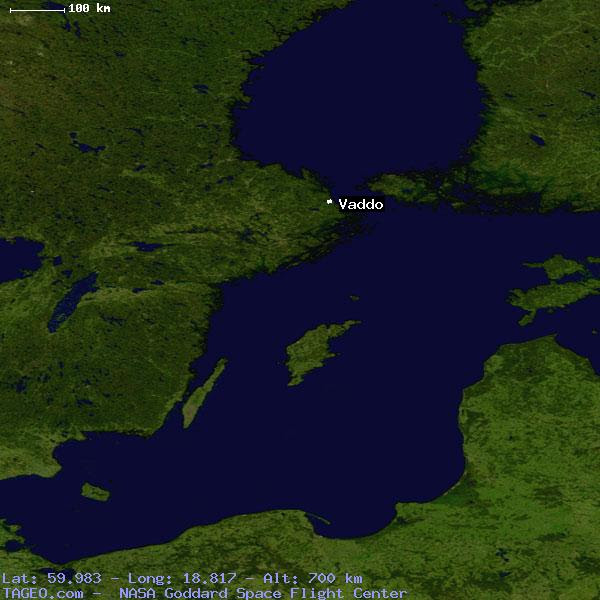