The whole article:
“A strange glowing object, shaped like a top, was seen in the sky south-west by west from Pirie by Constable Bernard A. Egel, of Pirie, and other watchers on Saturday night (16 October 1954).

The object, which made no sound, was observed by the constable for about 15 mins. before it disappeared from sight, to be followed by another glowing object for a brief period.

Constable Egel told ‘The Recorder’ yesterday that he had been patroIIing his beat about 9.20 p.m. on Saturday when an agitated man and a girl had told him they had seen a strange object in the sky. He had immediately accompanied them to Memorial Park.

‘When I first saw the light it was hovering over , south-west by west of Pirie. It appeared to be about . above the sea and about two to three miles out from Pirie. It changed color from red to orange, then green and, finally white. The light was larger at the top and tapered at the bottom, appearing in the shape of a top or an inverted electric bulb,’ said Constable Egel.

‘After we had watched it for about five minutes, it began to travel directly away from us, losing altitude. It moved about and then stopped and hovered in a small circle, moving slowly, and constantly chancing color.

‘After having hovered in that position for about another five mins., it began to travel away again and continued out of sight. We watched for a few minutes but saw nothing as the light was extremely dark and the moon had not risen at that stage.

‘Following a brief interval either the same light or another appeared low over the sea about out. It appeared to rise from the sea to a height of about . and then travelled directly away out of sight.

‘An iridescent light came from the object, which changed color slowly. The changes of color were most definite. I had seen the light for at least 15 mins., but the other persons had watched it for about 15 mins. before approaching me.

‘The man who reported the object to me said that it had first appeared in the shape of a top with colored lights round the middle,’ added Constable Egel.

A party of motorists returning to Pirie, which included Mr. C. P. Murn (editor of "The Recorder") also reported having seen a strange red light in the sky shortly after sunset on Saturday. The light had also appeared south-west by west of Pirie.

A strange light glowing in several changing colors was seen about 8 o'clock last night high in the sky by Mr. Eric Sard, of Warnertown, and several other persons. It disappeared after a few minutes.” 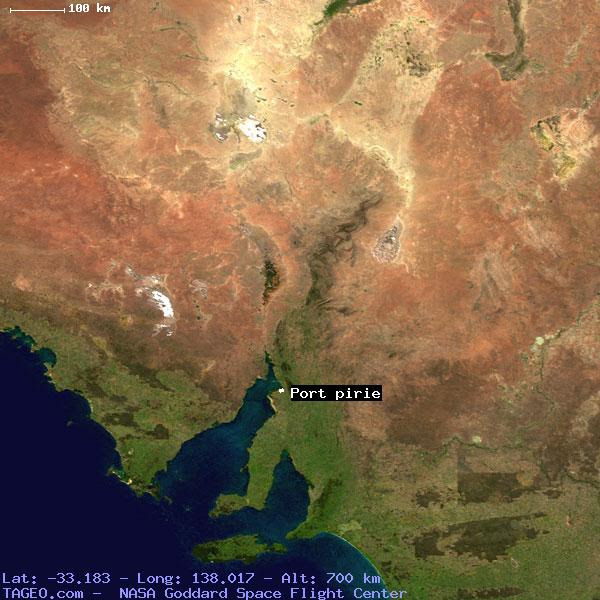