The whole article:
“Lt. Comdr. Smidt-Jensen, second in command of the Danish destroyer Willemoes, said today [15 September 1952] he observed a mysterious glowing object moving across the sky at great speed north of the island of [Bornholm] last night, heading southeast.

He described it as a bluish glowing triangle and estimated its speed at () an hour. The [Willemoes] is one of the vessels participating in the big NATO maneuver called Mainbrace.” 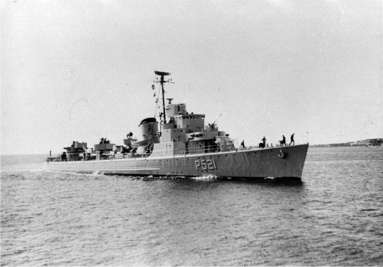 Video text (English translation by Google Translate):
“Listen to the only interview that Major Gilberto Zani de Mello gave in 1968 to Rádio Alvorada de Lins, when he publicly confirmed that the Brazilian Air Force was researching, officially, through CIOANI, the Unidentified Flying Objects.

This rare interview, made by the journalist Saulo Gomes, who became famous for his Pinga Fogo programme, was kindly given to BURN by our friend Osmar de Freitas, from GEONI.”

Quote from the Wikipedia article:
“The SIOANI, acronym for Air Object Research System Unidentified, was an organizational structure formally established by the Command of the 4th Air Zone FAB, current IV Air Regional Command (COMAR) [note 1] for research and research scientific phenomenon of Unidentified Aerial Object, the so-called OANI [1], between the years 1969 and 1972. It was sponsored by Brigadier José Vaz da Silva, commander of the 4th Air Zone and coordinated by Major Gilberto Zani de Mello. [2]

Headquartered at the Headquarters of the 4th Air Force, in the Cambuci neighborhood, in the city of - SP, SIOANI was subordinated to the Minister of Aeronautics, but the results of the investigations were sent to the Air Force Staff - EMAER [1]. The coordinator and operational head of the system, Major Zani de Mello, asserted this ministerial seal and sent letters to the other air zones requesting collaboration in the research of OANIs, as in the letter sent in January 1969 to the commander of the Detachment of Belo Air Base Horizonte, 3rd Aerial Zone:

‘This Air Zone, through its Commander, Hon. Major Brig JOSÉ VAZ DA SILVA, received from the Hon. Minister of Aeronautics the responsibility of these surveys (...) in the certainty of your collaboration, appointing a military man to do the research of the OANI fact mentioned in the newspaper note (...)’ [11]

The head of the system was CIOANI, the Central for Investigations of Unidentified Aerial Objects, which directed and coordinated the entire organization. Its chief, Colonel Zani, was also head of the 2nd Section of the 4th Air Zone [2], as the FAB secret service was called. The system divided the country into zones, called ZIOANI - OANI Research Zone, which were confused with Air Zones, the current Regional Air Commands - COMAR, existing at the time of the 1st to the 6th. In designing the system, as described in Bulletin 1, each ZIOANI should have a general coordinator to which it would be linked laterally to the NIOANI - OANI Research Nucleus, who would carry out the investigations and collect materials for research. Each ZIOANI could have several of these nuclei, however, the subordination of NIOANIs was directly to the head of CIOANI. The system would also have the FAB’s infrastructure for transportation and communications. For laboratory analysis, laboratories (LIOANI) would be designated by CIOANI [1].

According to the testimony of the civil investigator, member of SIOANI, Acassil de Oliveira, the teams composed of 3 to 4 people had cameras, a magnetometer, a Geiger counter, infrared and ultraviolet equipment. The material collected at the alleged landing sites of OANI was analyzed at ITA - Instituto Tecnológico de Aeronáutica in São José dos and sometimes by laboratories in the . Acassil states that he did not have access to these results [7].

FAB military personnel would exercise their duties at SIOANI together with their other functions designated by their military body and civilian employees would not be paid. It was a voluntary system [ 12 ].” 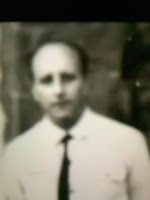