The first UFO was filmed in late November and the second UFO in mid December 2000.

The UFOs were almost as large as a full moon, according to the woman.

NRK also presented one of these UFO videos (the mid December 2000 video) in a UFO TV programme shortly after the UFO sightings.

The UFO witness told Arnulf Løken, UFO-Norge (Norway) regional leader and investigator, an interesting fact about the UFO observation: At one point the UFO turned off the light while a car drove past it.

The UFO video that was presented by NRK showed that when the UFO left the area, it accelerated towards the sea at an incredible speed. The UFO got smaller and smaller as it flew towards the west.


There were a lot of UFO observations in the Møre og Romsdal,
Sør-Trøndelag and Nord-Trøndelag Counties during the
1 December 2000-31 January 2001 time span. A few UFO
observations were also made in November 2000 and February 2001.

CBC News reports on the UFO-Nukes Connection Press Conference that was held at the National Press Club in Washington, D.C. on 27 September 2010:

CBS News reports on the UFO-Nukes Connection Press Conference that was held at the National Press Club in Washington, D.C. on 27 September 2010:

Billy Cox reports on the UFO-Nukes Connection Press Conference that was held at the National Press Club in Washington, D.C. on
27 September 2010: 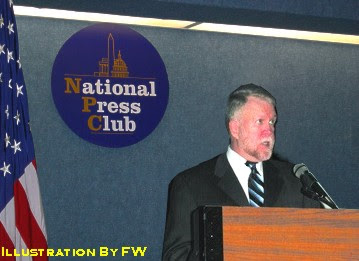