UFO Book (Preview):
“Flying Saucers Over the White House -
The Inside Story of Captain Edward J. Ruppelt and
His Official U.S. Air Force Investigation of UFOs”
by Colin Bennett

The book is about the UFO research work of Captain Edward J. Ruppelt, head of Project Blue Book (1952-1953):

The current edition was published by Cosimo Books (New York City) in 2010. 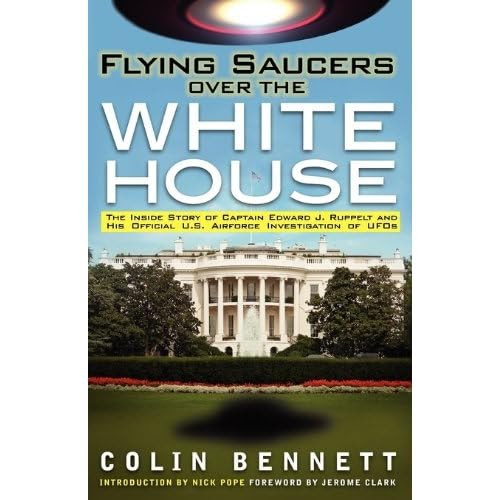 This is a TV report on the 1957 Milton Torres UFO incident:

U.S. Air Force fighter pilot (then) Lieutenant Milton John Torres was ordered on a mission to intercept and shoot down a very large UFO over East Anglia, UK, on 20 May 1957. As he locked on his weapons, the UFO took off at an unbelievable speed and disappeared. Torres flew an F-86D Sabre jet fighter.