UFO News Article:
“Probe Into UFO’s At Lake Is Asked”

The whole article:
“A federal investigation into the mysterious light objects which have appeared over Buggs Island Lake for the past two months have been called for by Mecklenburg County Sheriff W. E. Newman.

Sheriff Newman, armed with newspaper clippings of the sightings around John Kerr Dam, wrote Fifth District Congressman W. C. (Dan) Daniel asking for an investigation into the strange lights which have flown over the dam area.

The investigation would presumably be made by the U.S. Air Force which has charge of investigating unidentified flying objects.

Newspaper reporters from Mecklenburg returned to the dam Tuesday night in an effort to see the light and as they were approaching on Route 4, some three miles from the dam, the light could plainly be seen in the clear sky overhead.

The time of the sighting was placed about 8:30 p.m. As reporters raced closer to the dam to get a better view, the object dropped down out of sight.

Reporters then crossed the dam, and at about the dam’s midpoint, the object appeared again, this time flying directly overhead at an altitude of about . The object made no sound and was estimated to be cylindrical in shape and slightly longer than an automobile.

They stopped their car for a better look and watched the object for more than a minute as it travelled south down the lake.

They said that the object had two bright lights on its extremities which pulsated in sequence. Both were white. As they blinked, a dimmer light seemed to pace back and forth from the two brighter lights. It was travelling at a speed well below an hour, they said.

As the object disappeared, the reporters left the vicinity of the dam to travel east on Route 4, about a mile from the dam to a country store.

There ex-Army Sergeant Phillip Spencer, who has claimed to have seen the light on numerous occasions, was waiting with a camera. While reporters were loading the camera with film, several persons standing nearby spotted the object again over the dam. Only this time it was moving in an opposite direction from which it was observed only minutes before.

Reporters went back to the dam in an effort to photograph the light, but when they reached the dam, the light had vanished.

Hundreds of Mecklenburg County persons have viewed the lights, some as long ago as last November, but the sightings have come with increasing frequency in recent months. All descriptions of the objects have been identical, particularly those who saw the object at close range.

Basically the description is as follows:

The object is slightly larger than an automobile; it has lights which pulsate and sometimes change colors from bright red to white to blue; it makes no sound; it is capable of flying at speeds far faster than jet aircraft and yet hover; it is most frequently seen around the John Kerr dam; it appears in the early evening hours.” 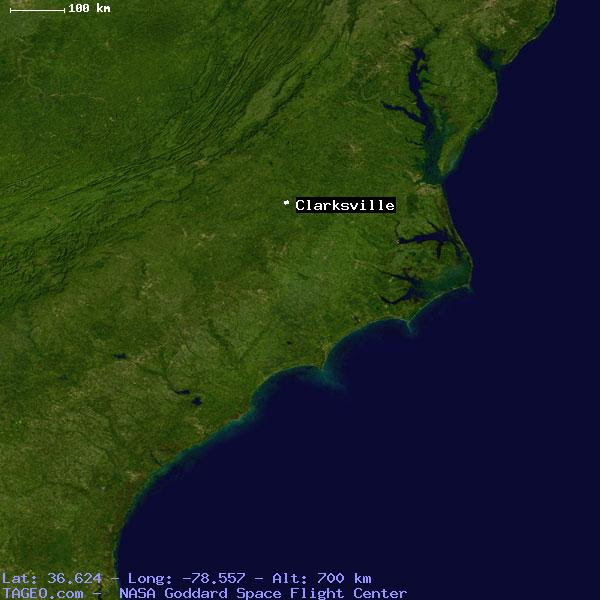