The YouTube channel is run by UFO Danmark (http://ufodenmark.com/).

Danish transport pilot Dieter Betz talks about his UFO encounter over while flying a Boeing 737. Betz saw the UFO a short while before he was about to land in .

The UFO was also seen by the crew of another airplane (from the same Danish transport company) a short while before Betz saw the unknown object. The UFO followed the first airplane, according to the pilot. The pilot told Betz that the UFO emitted a powerful light, like a giant spotlight.

Quote from the interview:
“So then we circled around toward the light again which sat there completely still and shone very brightly.

I suggested we switch on all our airplane lights. In a Boeing 737 there’s a handle, or switch that can turn the lights on all at once so we turned them on and counted… 1 ….2…..then bam, off again. The light in front of us switched off for the same time 2 seconds – then switched on again.

I still got goose-bumps thinking about it as it affected us so deeply. We got like a reply from that thing.

We then flew over it and it was gone. Then we landed after having reported the incident on the radio.

The next day, the military made a search of the area with all the planes they had, searching for any clues but found nothing.

What was interesting after all that happened, was after we had come home, and with all the witnesses and the other plane that had seen this thing it opened up a mine, talking to other pilots who have come forward telling stories that it wasn’t the first time they had seen things in the air that they couldn’t explain. Mostly they were things that moved at extremely high speeds, which were triangular, which could also be seen moving at very high speed on radar.”

Click the subtitles icon to get the English subtitles. 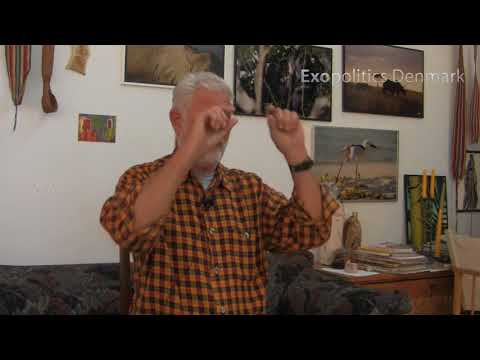