“Keyhoe:
......the strange object was seen from the ground by several civilians near Bellefontaine. It appeared to be round, with a shiny, metallic gleam.

When the blips came on the scope, two F-86 jets were about ten miles from the UFO, on a GCI problem. The two pilots, Major James B. Smith and Lieutenant Donald J. Hemer, were immediately vectored toward the UFO.

As Smith and Hemer reached , they saw a bright, round, glowing object maneuvering above them. To make certain it was not a ground reflection, both pilots changed course, circled, climbed, to view it from different angles. The UFO’s appearance did not change. Positive it was a solid object, both pilots switched on their gun-cameras and climbed at full power.

At the mysterious device was still above them. Pulling up at a sharp angle, Major Smith tried to get a picture. But his F-86 stalled and fell off. When Hemer nosed up for a camera shot, the same thing happened.

Then Major Smith, climbing again to made a second attempt. This time he was successful, and he clicked off several feet of film before the plane stalled.

As he began the camera run, Smith’s radar gunsight had caught the UFO for a moment. (Hemer’s radar sight was ‘caged’ - inoperative - so he saw no radar blips.) From the range of his radar set, Major Smith knew the unknown device must be between 12,000 and above him to cause such a weak blip.

To confirm his estimate he quickly checked with his telescopic gunsight and found it just covered the UFO. But before he could get a better look, the object quickly accelerated, disappearing at a tremendous speed. Later, using the radar and optical sight data, Smith carefully calculated the UFO’s size. If it had been above him, then it was about in diameter. If it was at , its diameter was not less than .”

The UFO incident occurred near  (radar at Bellefontaine), according to NICAP.org (nicap.org).

Hovering object scanned by radar and seen by ground watchers, caught on film by a climbing jet pilot. These unretouched   gun - camera movie frames, released to TRUE by the Air Force, were taken at , near Wright Field, at .m. on August 1, 1952. (text by nicap.org) (nicap.org image) 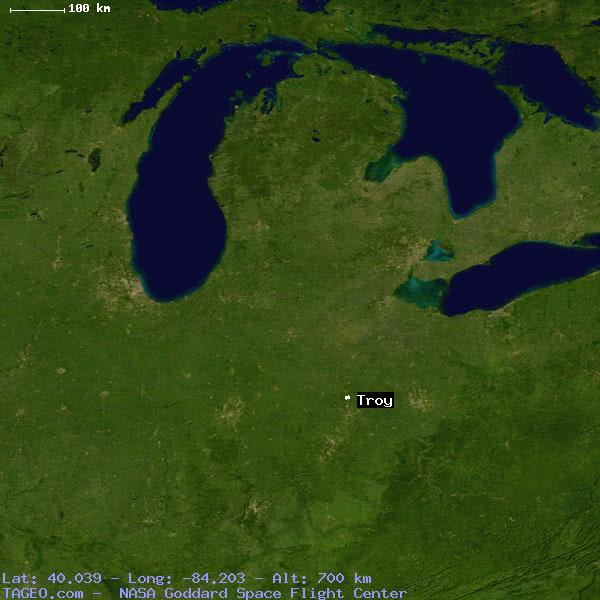 The whole UFO case report:
“:
This report is case #20, on the official clearance list. of 41 formerly classified Air Technical Intelligence UFO reports cleared for Maj. Donald E. Keyhoe by Albert M. Chop, Air Force Press Desk. In Donald Keyhoe’s book, ‘Flying Saucers From Outer Space’, the account on page 107 mentions that at 10:51 a.m. ( time), August 1, 1952, radarmen at a GCI post had spotted a fast-moving UFO. The Intelligence report included the ATIC analysis. Later I found an unclassified copy. And thanks to William Wise (Project Blue Book Archive) and Dan Wilson (BB Archive Researcher), we have further documentation. This case illustrates the accuracy of some of the earlier books, and also shows that the Air Force actually listed this case as an Unknown. Some strange things were going on in the region that day. See my report below.

Hovering object scanned by radar and seen by ground watchers, caught on film by a climbing jet pilot. These unretouched   gun - camera movie frames, released to TRUE by the Air Force, were taken at , near Wright Field, at .m. on August 1, 1952. (text by nicap.org) (nicap.org image)