UFO TV News Report:
“THE TRUTH IS OUT THERE? –
SOMETHING OUT THERE? –
PENTAGON SET UP PROGRAM
TO INVESTIGATE UFO SIGHTINGS”

“The evidence is overwhelming,” Kaku says. 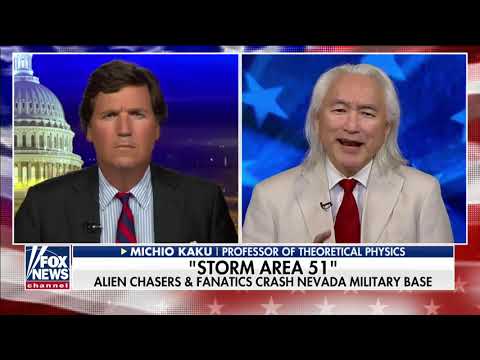 Fravor, who was involved in the 14 November 2004 USS Nimitz UFO incident, talked about the incidents on The Joe Rogan Experience podcast.

The first incident occurred while the helicopter crew was hoisting up a BQM (a BQM is an Unmanned Aerial Vehicle (UAV) or drone) off the coast of . The helicopter pilot suddenly observed a dark mass that came up from the depths. Once they had pulled one of the crew members and the BQM out of the water, the object descended underwater.

The BQM is a “realistic aerial target, capable of simulating enemy threats for gunnery and missile training exercises,” Fravor said.

The second incident occurred while the helicopter crew was picking up a torpedo. Fravor did not mention where the incident took place.

“He’s out picking up a torpedo, they hook the diver up on the winch, and as they’re lowering him down, he sees this big mass,” Fravor recounted. “He goes, ‘It’s not a submarine.’ He’s seen submarines before. Once you’ve seen a submarine you can’t confuse it with something else. This big object, kind of circular, is coming up from the depths and he starts screaming through the intercom system to tell them to pull the diver up, and the diver’s only a few feet from the water.”

“They reverse the winch and the diver’s thinking, ‘What the hell is going on?’ And all of a sudden he said the torpedo just got sucked down underwater, and the object just descended back down into the depths. They never recovered it.”

At sea aboard w:USS O'Brien (DD-975), — A w:BQM-74E Chukar target drone launches from the fantail of USS O'Brien (DD 975) and will act as a “hostile” anti-ship missile during a missile training exercise. The drones are painted orange so that they will be easier to see in the water and can be recovered. Nine U.S. Navy ships took part in this training, an anti-ship missile defense training exercise (MISSILEX 02-1) as part of a Commander Task Force Seven Five (CTF 75) Multi-Sail battle group interoperability exercise. All participating ships are forward deployed in w: and , w:. (text by Wikipedia) (wikimedia.org) (wikimedia.org photo)
Lagt inn av Blogger kl. 19:09

The article reports on Joe Rogan’s podcast interview (The Joe Rogan Experience) of David Fravor, who was involved in the 14 November 2004 USS Nimitz UFO incident, and Jeremy Corbell.