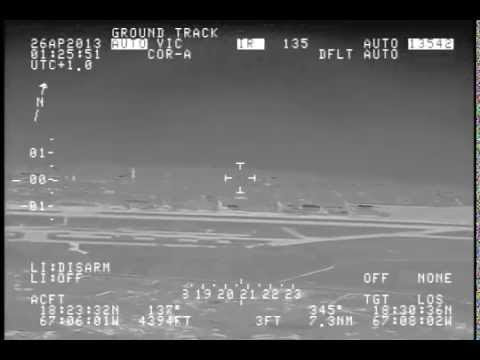 On 25 April 2013, at around 9:20 p.m., a UFO/USO was filmed over the Rafael Hernández Airport (before it shortly thereafter dived into the sea) in Aguadilla (Puerto Rico) by a DHC-8 Turboprop under the command of U.S. Customs and Border Protection (youtube.com image)
Lagt inn av Blogger kl. 07:18