The documentary is about a 1959 UFO incident (large, cylindrical shaped object) and two alleged 1972 UFO incidents which occurred in the Namdalen, Norway area (Namsen and Lyngen Fjords), near the town of Namsos.

The first part (videos No. 1-3) is about the Kjølsøya (island) UFO landing traces (traces found in the Lyngen Fjord, close to land), which were discovered on 11 June 1972. NRK presents an interview with Arve Dahl. The traces were observed by Arve Dahl, his father, Ola Kr. Dahl and his cousin.

The documentary contains a photo of the Kjølsøya traces, a map of the alleged UFO landing sites and several images of newspaper articles:

I also reported about this documentary on 18 May 2009: 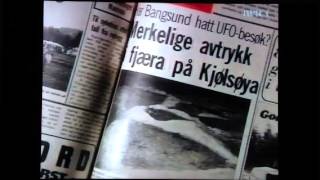 Newspaper article with photo of the triangular shaped imprints (Kjølsøya) (each side of the largest triangles measured )
(youtube.com image) 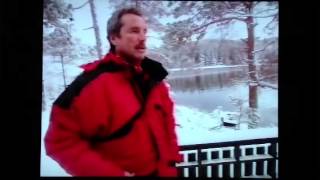 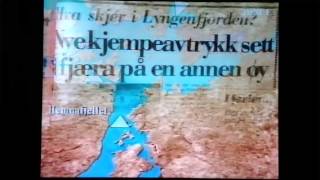 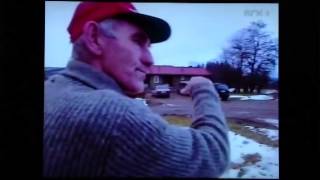