Stefan Michalak of Winnipeg, Canada claimed he encountered two UFOs while prospecting near Falcon Lake, Manitoba, Canada on 20 May 1967, at 12:15 p.m. 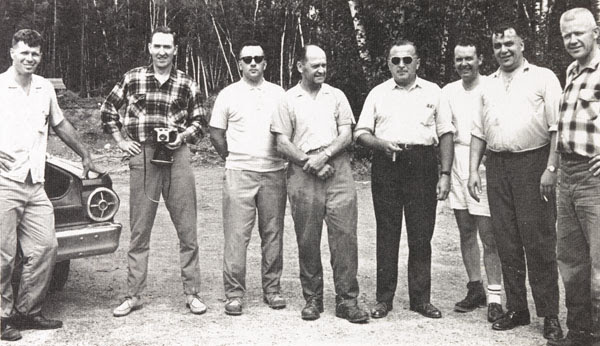 Stefan Michalak (fourth from the left) together with the team that investigated the UFO case (collectionscanada.gc.ca photo)
Lagt inn av Blogger kl. 23:50

NOTE: The video source has translated the TV news report into English.