The documentary is produced by UFOTV and directed by Emmy award-winning U.S. investigative journalist George Knapp. 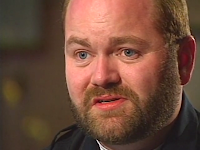 This is a press release regarding the aftermath of the “UFO-Nukes Connection” press conference:

The documentary is produced by UFOTV and directed by Emmy award-winning U.S. investigative journalist George Knapp.