A. J. Gevaerd is the editor of Revista UFO (Brazilian UFO Magazine). 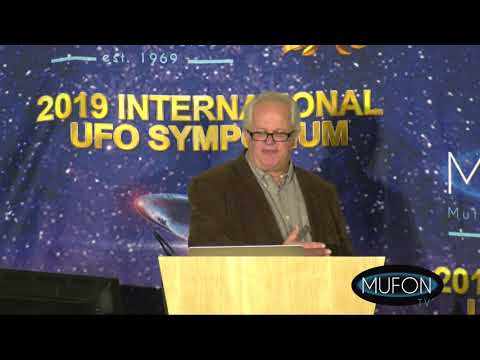 
The whole UFO case report:
“Fran Ridge:
October 1975; NORAD,
According to an informant I interviewed in 1983 there had been a major incident at NORAD HQ which prompted a Security Option 5 alert and total ‘lock down’ at ‘the Mountain.’ We have proof that there were incidents at that time period that, to quote from released documents, ‘prompted the implementations of a Security Option 3 at our northern tier bases since 27 October.’ Sightings occurred at Loring AFB, , Wurtsmith AFB, [, not New Hampshire], and then at Malmstrom AFB, .”

Quote from the above Wikipedia article:
“North American Aerospace Defense Command (NORAD /ˈnɔːræd/), known until March 1981 as the North American Air Defense Command, is a combined organization of the United States and Canada that provides aerospace warning, air sovereignty, and protection for Northern America.[4] Headquarters for NORAD and the NORAD/United States Northern Command (USNORTHCOM) center are located at Peterson Air Force Base in El Paso County, near Colorado Springs, Colorado. The nearby Cheyenne Mountain Complex has the . The NORAD commander and deputy commander (CINCNORAD) are, respectively, a United States four-star general or equivalent and a Canadian three-star general or equivalent.

CINCNORAD maintains the NORAD headquarters at Peterson Air Force Base near . The NORAD and USNORTHCOM Command Center at Peterson AFB serves as a central collection and coordination facility for a worldwide system of sensors designed to provide the commander and the leadership of Canada and the U.S. with an accurate picture of any aerospace or maritime threat.[5] NORAD has administratively divided the North American landmass into three regions:

Both the CONR and CANR regions are divided into eastern and western sectors.”

NICAP.org article:
“Alphabetical List and Histories of All Nuclear SAC Bases by State or Country”

Text by NICAP.org:
“SAC was established on March 21, 1946 as one of three commands of the US Army Air Forces. Initially under General George Kenny at , , D.C., SAC headquarters settled at Offutt AFB near under the command of General Curtis LeMay In October of 1948. The new separate Air Force was born September 18, 1947. Part of the SAC Mission certainly was to provide “long range offensive operations in any part of the world” in the form of a nuclear reach as a deterrent to future aggression.

The Alphabetical Review is a list of bases, air stations, and airports that the United States Air Force has occupied since 1947. Many bases have had name changes, so each separate name has been listed.

Quote from the above Wikipedia article:
“Strategic Air Command (SAC) was both a United States Department of Defense (DoD) Specified Command and a United States Air Force (USAF) Major Command (MAJCOM), responsible for Cold War command and control of two of the three components of the U.S. military's strategic nuclear strike forces, the so-called ‘nuclear triad,’ with SAC having control of land-based strategic bomber aircraft and intercontinental ballistic missiles or ICBMs (the third leg of the triad being submarine-launched ballistic missiles (SLBM) of the U.S. Navy).

SAC also operated all strategic reconnaissance aircraft, all strategic airborne command post aircraft, and all USAF aerial refueling aircraft, to include those in the Air Force Reserve (AFRES) and Air National Guard (ANG).

However, SAC did not operate the KB-50, WB-50 and WB-47 weather reconnaissance aircraft operated through the mid and late 1960s by the Air Weather Service, nor did SAC operate the HC-130 or MC-130 operations aircraft capable of aerial refueling helicopters that were assigned to Tactical Air Command (TAC), then Military Airlift Command (MAC), and from 1990 onward, those MC-130 aircraft operated by the Air Force Special Operations Command (AFSOC), or any AFRES (now Air Force Reserve Command (AFRC)) or ANG tactical aerial refueling aircraft (e.g., HC-130, MC-130) operationally gained by TAC, MAC or AFSOC.

In 1992, as part of an overall post-Cold War reorganization of the U.S. Air Force, SAC was disestablished as both a Specified Command and as a MAJCOM, and its personnel and equipment redistributed among the Air Combat Command (ACC), Air Mobility Command (AMC), Pacific Air Forces (PACAF), United States Air Forces in Europe (USAFE), and Air Education and Training Command (AETC), while SAC's central headquarters complex at Offutt AFB, Nebraska was concurrently transferred to the newly created United States Strategic Command (USSTRATCOM), which was established as a joint Unified Combatant Command to replace SAC's Specified Command role.

In 2009, SAC's previous USAF MAJCOM role was reactivated and redesignated as the Air Force Global Strike Command (AFGSC), with AFGSC eventually acquiring claimancy and control of all USAF bomber aircraft and the USAF strategic ICBM force.[2]”

Quote from the Wikipedia article:
“Offutt Air Force Base /ˈʌfæt/ (IATA: OFF, ICAO: KOFF, FAA LID: OFF) is a U.S. Air Force base near Omaha, and lies adjacent to Bellevue in Sarpy County, Nebraska. It is the headquarters of the U.S. Strategic Command (USSTRATCOM), the 557th Weather Wing, and the 55th Wing (55 WG) of the Air Combat Command (ACC), the latter serving as the host unit.

At one minute past midnight, on 9 November 1948, Offutt gained international prominence when it became the host base for Headquarters Strategic Air Command, which was moved from Andrews AFB, . Secretary of the Air Force Stuart Symington chose to locate the Air Force's crucial long-range atomic strike force at Offutt primarily because the base was centrally located on the North American continent, placing it well beyond the existing range of long-range, nuclear-armed bombers to (then) stay safely out of range of hostile missiles or bomber aircraft.”

This is a photo I took of Offutt Air Force Base near ,