Researcher, investigative journalist and author of ‘The Missing Times’ Terry Hansen reveals the remarkable and persistent difference in UFO-related news coverage between local and national news organizations. Hansen reviews the history of censorship and propaganda during the twentieth century. He explains how and why the elite news organizations work closely with government agencies during times of national crisis and reviews the evidence for such media-government collusion over the course of the half-century-long UFO controversy.

Terry Hansen was an independent journalist with an interest in scientific controversies and the politics of mass media. He followed the UFO controversy for decades and wrote about it for various media. In addition, he organized and moderated two symposiums about ‘The Science and Politics of UFO Research’ for the Science Museum of Minnesota. Hansen held a bachelor’s degree in biology and a master’s degree in science journalism, both from the . He was a founding partner of KFH Publications, Inc., a computer-magazine publishing company. He was an active private pilot with ratings for single-engine aircraft and gliders. He lived in the with his wife, Jessica.

He passed away suddenly in June of 2014. Thankfully, he left his mark on the global UFO community through his writings and presentations many of which were recorded. Special thanks from past, present and future researchers of this subject go to those who have recorded these presentations for the historical record.” 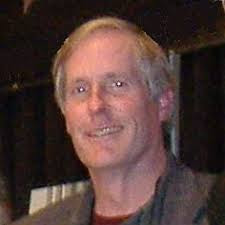